FX8 V5.00 implements the WAH block improvements introduced in the Axe-FX Quantum V6.0, and well as some other cool new features and fixes.

NOTE 1: Persistent Large Display The large display feature has been modified to allow for a persistent display. To access this feature to the GLOBAL MENU:

FX8 V3.60 introduces separates FX8-Edit from control of the front panel, as well as some bug fixes.

This is a maintenance release meant to address a few lingering bugs.

This is small maintenance to correct a couple of issues discovered on the heels of releasing V3.01.

FX8 Firmware 3.01 is primarily a maintenance release that also includes a couple of new features that folks have been requesting.


Chapter 6 may be especially helpful given that it details the change from a single “Stompbox Mode” screen to separate “Footswitch” and “Config” pages.
IMPORTANT: After installing Firmware 3.0, it is recommended that you perform RESET SYSTEM PARAMETERS in the Utility Menu under SETUP. If not, you will at least need to check all I/O:CONTROLLER and I/O:PEDAL settings. RESET SYSTEM PARAMETERS does NOT erase your presets; it merely reverts GLOBAL, I/O, and TUNER settings to their default values. 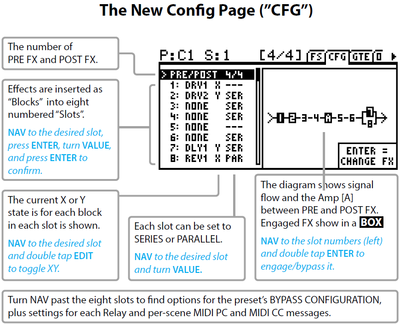 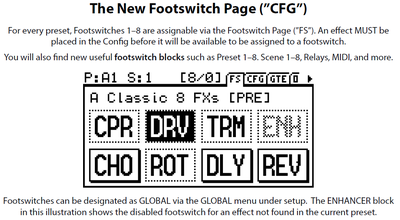