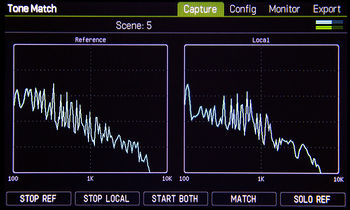 Tone Matching and the Axe-Fx III

Exporting as an IR

You can integrate an IR in a preset by replacing the Cab block with a Tone Match block, after having captured the tone of the Cab block. Here's how.