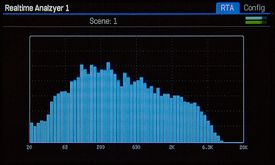 The Axe-Fx III, FM3 and FM9 have global EQs on each of the outputs, switchable between graphic / parametric / off (saves CPU).

The Axe-Fx II, AX8 and FX8 have a graphic EQ (always active). The outermost bands are shelving EQ types.

“Added Global EQ to all outputs. Note that the EQ for Outputs 3 and 4 is not active if that output has Copy Input 1 set and the corresponding Output block is not in the patch. 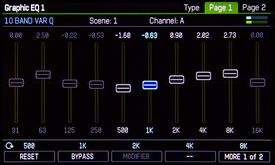 "I call the Passive EQs "instant hit record tone". Something about the tone sounds like every hit record from the 70's and 80's to me." [1]

"The Graphic EQ are not lowpass/highpass like the filters in the cab block. No filter is a hard cutoff, it's mathematically impossible (infinite order)." [2]

(to simulate the boss ge7 or the mxr 10eq do I have to use a graphic equalizer with variable or constant Q?) "Variable" [3] 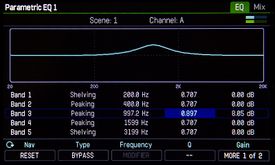 The gain range of the PEQ has been increased to +/-20 dB in firmware Cygnus 16 and later.

The Amp block in firmware Ares and later has pre-EQ controls and provides several EQ types.

The "smiley frown" EQ technique employs two EQs, where one resembles a frown and the other a smiley. Check the "Dirty Shirley" factory preset for the FM3.

This is by forum member Clarky: 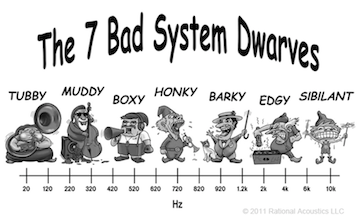 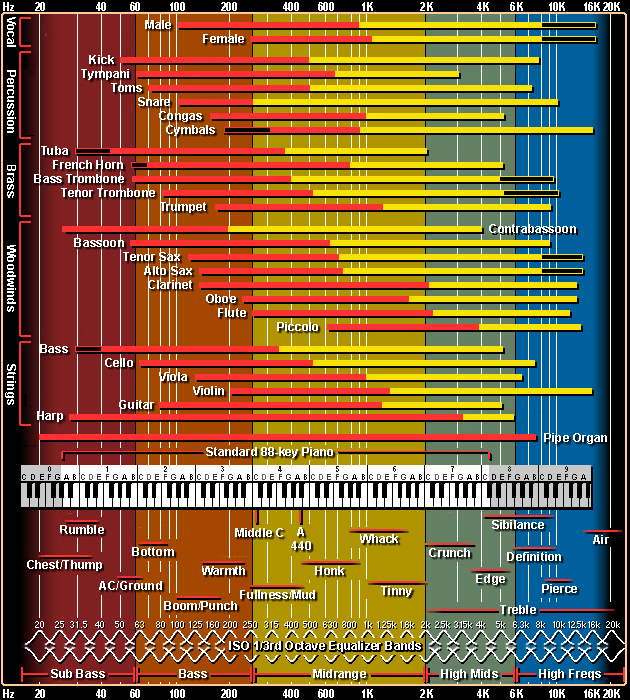