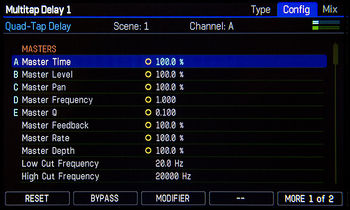 The Multitap Delay is a dedicated effect block in firmware Ares.

On the Axe-Fx II, AX8 and FX8, its functionality is part of the Multi Delay block.