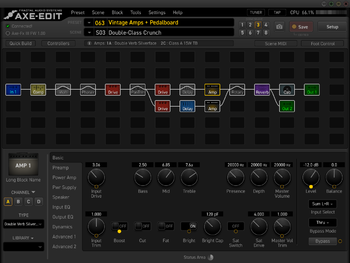 Getting Started Guide for Axe-Edit

About Axe-Edit III (for the Axe-Fx III):

Product information: "The Axe-Fx III would not be complete without Axe-Edit, our award-winning editor suite for Mac and PC. Axe-Edit is now presented in glorious hi-definition that scales cleanly to any size display. Veterans will find it very familiar, but more clean and comfortable. It includes a streamlined new interface with controls for all of the latest features of the Axe-Fx III, plus a convenient new “Quick Build” mode that allows you to build presets easily using drag-and-drop templates. Axe-Manage takes control of Presets and User Cabs, and a new Scene Manager takes charge of scene names and settings. Axe-Edit will be offered for Windows 7/8/10 and Mac OS X 10.7 or newer."

Unlike previous versions, Axe-Edit III is scalable on high-res displays.

Because of architectural changes the editor does not need to be paused anymore when changing settings on the hardware or using an external controller. 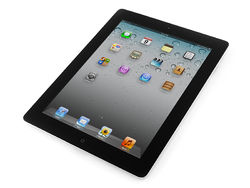 The Block Library lets you save and recall effects blocks. The block definitions are saved on your hard drive, giving you a near limitless amount of block combinations that you can store and pull from as you build your patches. You can even share block definitions with other users, and between Axe-Fx II, AX8 and FX8.

Deleting a library block entry from the Block Library widget will also delete the file from disk.